I was really surprised to see the discussion that was generated as the result of my previous post comparing the speed of Python and Perl.  Many people much wiser than me posted a lot of valuable comments and suggestions, and two people were kind enough to post total rewrites of my routines which (to nobody's surprise) were much faster than the codes I wrote.

A few people (both here on the blog and through other discussion) raised legitimate points:
So as to be a little more scientific about this (since I am a scientist and all), here are my starting parameters:

Methodology: I ran each code on the same 3750 MB input file five times in serial succession.  Each execution was timed using the `time` builtin  provided by the bash 4.1.5(1) included with Ubuntu 10.04.  stdout was redirected straight to /dev/null. 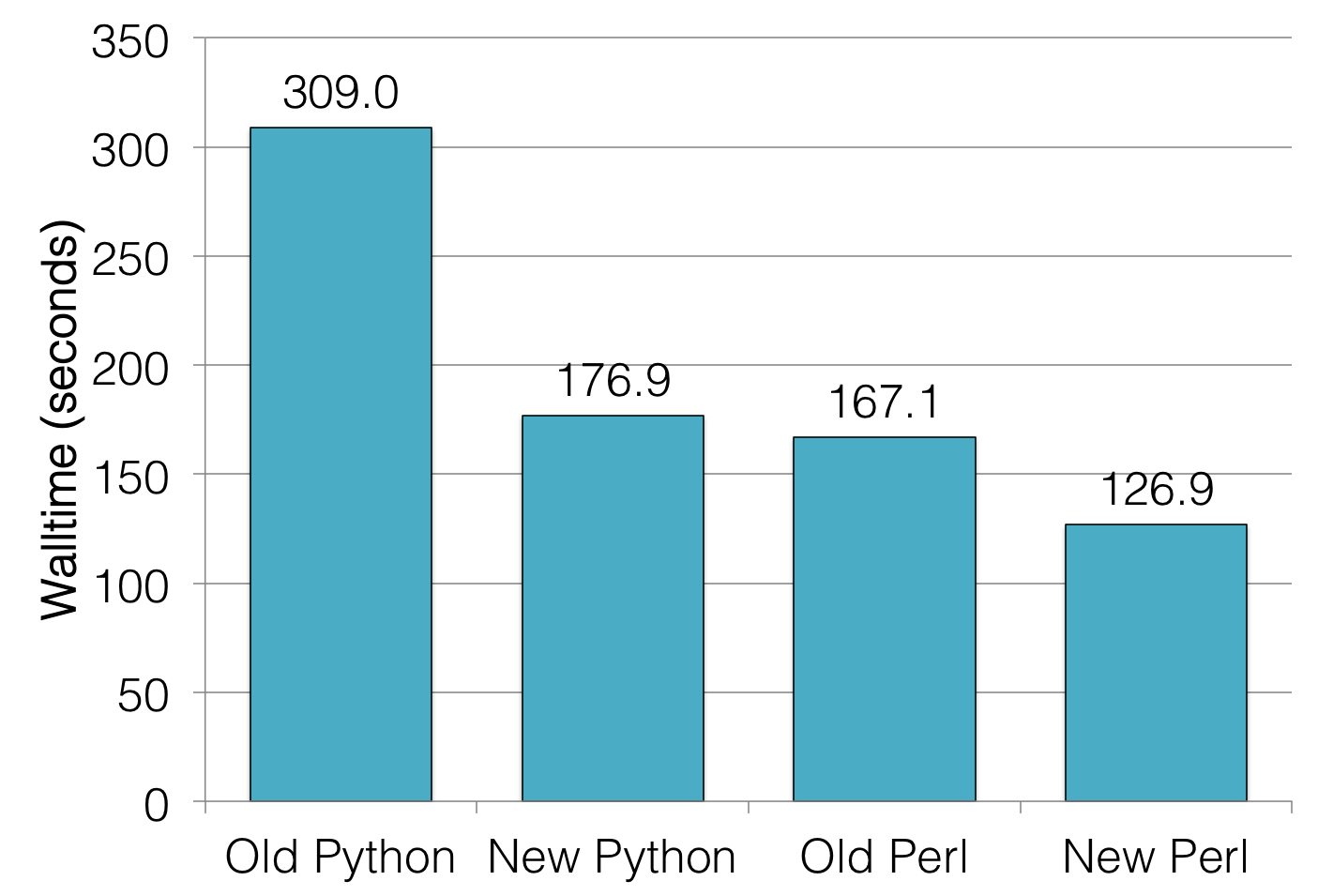 So even cleaner code runs over 40% faster in Perl than Python, which is not far off from the 50% slowdown I noted with my two crumbier versions of the code.  Furthermore, it seems easier for a relative novice like myself to write inefficient Python code over Perl code.  Of course, it's also easier to write Perl code that doesn't do what you expect, and trying to understand someone else's code is a crapshoot.

Judging by what others have told me and some comments have pointed out though, Python just isn't optimized for "practical extraction and reporting."  Maybe someday I'll find a use for Python in my work.

In case the links to the codes I used ever go bad, here they are on pastebin:
I'd post the input files I used, but I don't have anywhere I can host 3.7 GB files.  If you're interested in the input data, let me know and I can send a private link.
Posted by Glenn K. Lockwood at 10:59 AM